The Arctic vs. The Antarctic: Which Cruise Is For You? 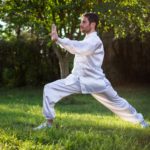 Are you trying to find balance? 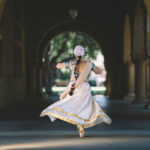 You want to take a cruise to a polar region. But which polar region? The Arctic or the Antarctic?

What’s the difference? What should you choose? My goal is to give you the answer to the first question so that you can make an informed decision to the second question.

First, let’s understand the terrain. There are many surprising differences between the polar regions.

The Arctic, or Arktikos “of the North,” and The Antarctic, or Antarktikos “opposite of the north,” are the two polar regions. When you look at a static globe, the Arctic is at the top, and the Antarctic is at the bottom. To begin to know the difference in terrain, visualize the Arctic as an ice-covered ocean surrounded by land, six different countries in fact, and view the Antarctic as a continent or land mass surrounded by ocean. Really sums up the definition of “polar opposites” doesn’t it?

Another simple difference to remember each by… the Arctic has Polar Bears and the Antarctic has Penguins!

Both the Arctic and Antarctic have plenty of ice and possess an intricate unique and ancient beauty.

The Arctic:
With large and small glacial fjords and valleys, volcanoes, as well as the Inuit, Sami and Yakuts populations to learn about, the Arctic region is vast and complicated. The animals in the Arctic region will usually keep their distance but they are plentiful. Polar bears, reindeer/caribou, snowy owls, walruses, whales, and arctic foxes all call this area home. The mountains of ice in the arctic are normally torn, jagged and irregular in size just like the weather, which can vary from -67F to 50F during the warmer months. You can choose between Iceland, Alaska, Greenland and Russia, to name a few, all with the primeval beauty and luminous landscapes of the Arctic. You can have encounters with indigenous cultures, awesome mountains of ice sculpture or the baritone of a whale coming up for air. Excursions to land and views from the sea are unsurpassed in this ancient and magical landscape.

The Antarctic:
Antarctica, although the southern polar region, is colder and drier than the Arctic and thus, has no permanent inhabitants. Some parts of Antarctica have had no rain or snow for the last 2 million years and boast the lowest temperatures in the world. There are land mountains to climb and ice mountains to ponder. Antarctica has the largest icebergs anywhere. With over 40 species of birds, plus several kinds of penguins, sea lions, whales and elephant seals… and humans as a rarity… the animals are quite bold. They basically don’t know to fear us, so they walk past for their close-up regularly. Go ashore and sit down with your camera while the penguins waddle by and the elephant seals undulate themselves toward the water…slowly. Be sure to take the polar plunge (unless your health prevents it) as it is a refreshing and distinctive experience. And once you reach mainland Antarctica, enter the drawing (that your ship hopefully has) to camp in the snow on Antarctica!

But either way, do all the things. These regions are truly unique and a once in a lifetime adventure.

A couple of tips:

Quark has been blazing trails in polar adventure travel for years.

Lindblad Expeditions in The Arctic