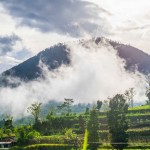 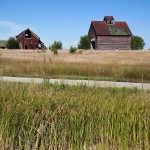 Cuba is open to U.S. citizens! Stepping through the once closed door is a travel rarity. Visiting this once isolated nation is stepping back in time. On the downside, Cuban citizens have been prohibited from enjoying much of what the world has to offer in so many regards. On the upside, the country is unspoiled. The eclectic blend of historic sites comingled with architecture untouched since Batista’s days. We visited the Great Theatre of Havana where the famed National Ballet of Cuba is housed. To our delight, many of the rooms were full of dancers practicing for an upcoming show! We watched, mesmerized, by their grace and elegance. The building itself is quite old and in need of repair, but so are many of the buildings throughout Havana and Cuba. Buildings that have remained untouched since Batista left. This is part of the charm of Cuba, however.

Havana is one of the safest large cities in Latin America and is a city rich in culture and history. As we made our way through its charming streets, music was prevalent, echoing from bars, restaurants & street corners. Speaking to locals, we were often asked, have you tried our ice cream? We were asked the question so many times, that I knew we couldn’t leave the country without sampling this amazing ice cream we had heard so much about. Cubans believe their ice cream is the best in the world, bar none.

Well, let me just say, the ice cream experience was just that – an experience! We found the only Coppelia in town and proceeded to find the end of the line. There are two lines for ice cream, one for the Cuban pesos (CUP) and one for the Cuban convertible pesos (CUC), so it is important that you get in the correct line. There are generally only one or two flavors available per day, the flavors being dictated by the government. The lines are long. You can wait for 2 hours for ice cream in Cuba! Cubans are used to waiting in line – it’s something they’ve been doing since they were kids. Americans are not used to waiting so long for ice cream, so be prepared and bring your patience with you. After waiting for about 45 minutes, we were near the front of the line. We could see inside the small Coppelia. There were 8 barstools at a counter. The group of 8 people in the Coppelia had just finished their ice cream and left together as a group. Then it was our turn. The next 8 in line, which included us, were ushered into the Coppelia, we were given our 2 flavors systematically – no option to request one or the other of the flavors – our group proceeded to devour the ice cream. Once we had all finished, the waiter took away our bowls and we were escorted out as a group. The next group of 8 was then ushered in, and on it went. The ice cream was very good, but the experience was incomparable!

I am happy that U.S. citizens now have the opportunity to visit Cuba. I do have mixed feelings, however, that the innocence and charm that make Cuba so endearing might fade with the influx of increased tourism. If I were you, I would put Cuba at the top of your bucket list to be experienced while vestiges of its current charm remain.